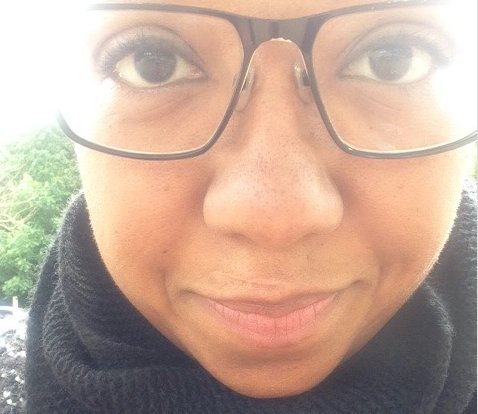 40 year old Londoner and writer, Chantal, discusses the cosmic elements to her journey through breast cancer: “I was in fresh hell, but I could not ignore the signs from the universe that were so clear to me after I became ill.”

It is a matter of subjectivity as to whether there is a cosmic aspect to being diagnosed with breast cancer, or any other type of cancer or life threatening disease. The fact that I am writing about my experience of living with, living through and conquering breast cancer for the Cosmic Pineapple site might lead you to believe that I did indeed find a cosmic element in my own personal experience. Friends, yes I did.

I will give you the abridged version. I found a lump accidentally, then I was referred by a lovely female GP to the breast clinic, fast forward to a torrentially rainy day in April two weeks later when, after many medieval style versions of torture and excision, when parts of me that I’ll never see were being sent off in petri dishes and test tubes for examination, I was told categorically by my consultant (also my surgeon who I came to love, in his quite ‘matter of fact’ style) “I’m 75% sure you have breast cancer.”

Well, those words weren’t particularly heaven sent; I was muted in my shock.  That afternoon and the weeks following I was in a daze. I had an operation a few weeks later, followed by radiotherapy and starting daily tablets. My body went through a veritable mill, examined by many multidisciplinary agents.  I was poked, prodded, cut, sewn up and zapped with radiation. My body didn’t feel like my own, and I didn’t feel connected with myself. All I felt, some of the time, was pain, anger, discomfort, tiredness and worry.

But, here is the most amazing thing. When I was told that I had cancer, I also never felt more alive. When I thought I  might shuffle off this mortal coil, you bet it changed my mindset. I felt like I hadn’t done for a long time, where I was numbly going from errand to errand, doing the same thing, the same job, eating the same food, living the same unsatisfactory (to me) life.

I felt switched on. Enlightened? Maybe. I don’t know. But the air smelt sweeter, the breeze was cooler, the sky was a brighter blue and food was delectable. I felt like everything was fizzing, or like I had woken up from a long slumber. I stood one afternoon after work, just looking at the sky, taking it in. Who looks up in this life? Someone who thinks they might be on borrowed time, that’s who.

I made a deal with God.  When I was looking up at that sky, I got cosmic. I knew I had to try. I had been guided to the right paths in my life before, why not now? And I was desperate. I didn’t want to die. The thing that burned me the most was all the stuff I would miss. Kids growing, relationships blossoming, my friends, my family, ice cream. I said, and I remember what I said very clearly, although I do not remember if I said it out loud. I said if I was spared, I promised to sort out my love life and my career. Now, those reading this mightn’t be catholic, but this is how I was raised. A little lapsed, truth be told. But I put it out there because I had attributed many hours to Catholicism over the years, going to confession and kneeling at a pew, breathing in incense and repeating lines after the priest, putting my hand out for the little white wafer.  So I put it out there. Help me, please.

Everything changed when I was on sick leave. I was watching TV on my bed when I decided life was far too short to be spent at my desk in that job that I had grown out of. I wanted more time to myself and to see folk I love. I rang my HR and asked if I could give notice whilst on sick leave. Yes, I was told, I could. So I wrote my resignation letter, there and then. Then, whilst having an innocuous conversation, I found myself agreeing to take on a local job, working fewer hours with a ten minute walk to work. Tick. Then I reluctantly went on an internet dating site, and after many fits and starts, met someone who completely rocks my world, who I am in love with and want in my life always. Tick. I could not ignore these signs that were ever so clear to me.

So.  Maybe something serious like the ‘big C’ as it is called, will make you tune into yourself, look at yourself, what you are doing (or not) and why, and make big life changes where the universe conspires to help you because it knows that you need its assistance. Maybe that tumour, as serious as it was in its own right, was a wake up call for me. I am also one of the lucky ones who can live to tell this tale; I am all clear as of June 2016. If that’s not cosmic, I don’t know what is.