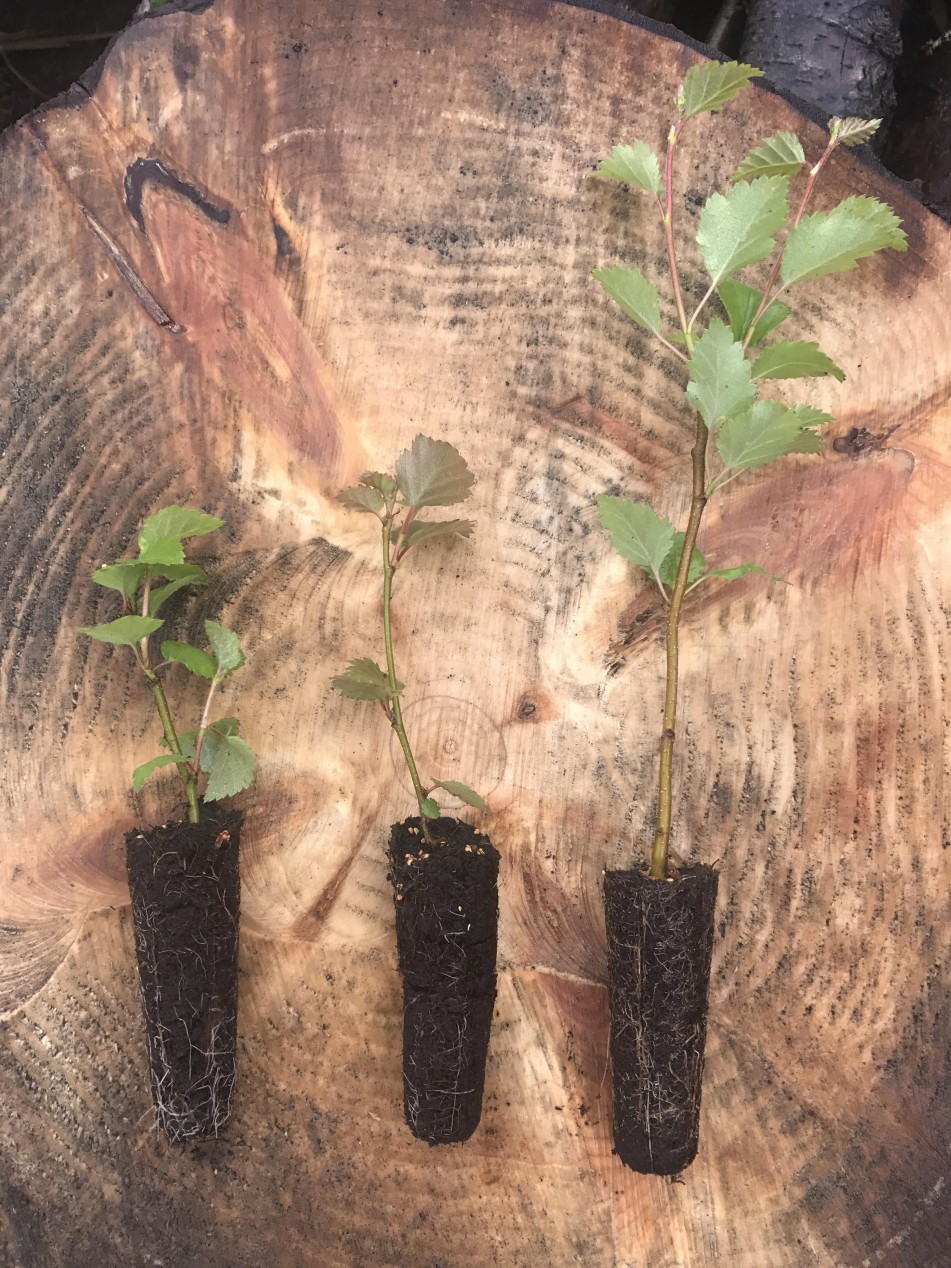 Over summer solstice, I planted my first tree and asked some questions to the Reykjavik Forestry Association.

When I was a little girl, I spent a lot of time climbing trees and if I found an old tree with a hole in its side, I would crawl within and sit for hours, pretending it was my home. I don’t remember being taught the names of trees, except for the Oak and Willow, two common British trees. I do remember kicking through the different coloured leaves in Autumn though, and how the leaves would turn from green to red and orange, yellow and finally brown. In Native American culture, trees are named the Standing Ones. Great wisdom is said to be held within trees and it’s a whole other existence how they communicate and nourish themselves and each other through their roots systems beneath the earth’s surface. They represent also, the earth to sky connection, as their roots imbed deeply in Mother Earth and their branches reach up to Father Sky. Trees are vital for our existence on this planet, they breathe in the carbon dioxide (of which we now produce dangerous amounts) and breathe out oxygen so that we may breathe and survive here.

Over the past few years, I have been learning more about deforestation, which is a big problem on our planet, especially in rainforests , where excessive cattle ranching is a huge culprit. My awareness has been turning more to trees and the energy they provide. Over summer solstice, I worked for the Secret Solstice festival in Iceland, and the day before the festival began, I went with my friend, who was holding space for the Katta Solstice kid’s area at the festival, to the local forestry association to pick up some logs for children to sit on in story time. Whilst there I noticed 100s, possibly thousands (I can never tell numbers), of baby trees in little planting pots. I asked the big Icelandic man boss some questions and he told me how they plant trees around the area of Reykjavik. My inspiration ignited, I went away thinking about their work. When I got to the festival, I asked the festival bosses if the Forestry Association could come and do a little tree planting workshop at the festival, to which they very kindly agreed, and from this the Forestry Association set up a little stall in the children’s area. Here I planted my first tree (it was a Willow) and asked some questions that I now share below.

Connecting with trees (I love to hug them), and other nature beings, wakes you up to a deeper connection to all of creation. I personally feel one of the hugest problems with our species is that we have lost connection to the natural world and this is causing so many issues, like depression for example. I am happy that we focus on this subject with Icelandic natives, as, in my experience, they have a pure and deep connection to all of natural creation, that many cultures have lost! Over 50 percent of  Icelanders believe in elves trolls and fairies, for example (I do too – they live on the second plane of existence). The questions below are answered by the lovely Hlynur Jonsson from the Reykjavik Forestry Association. 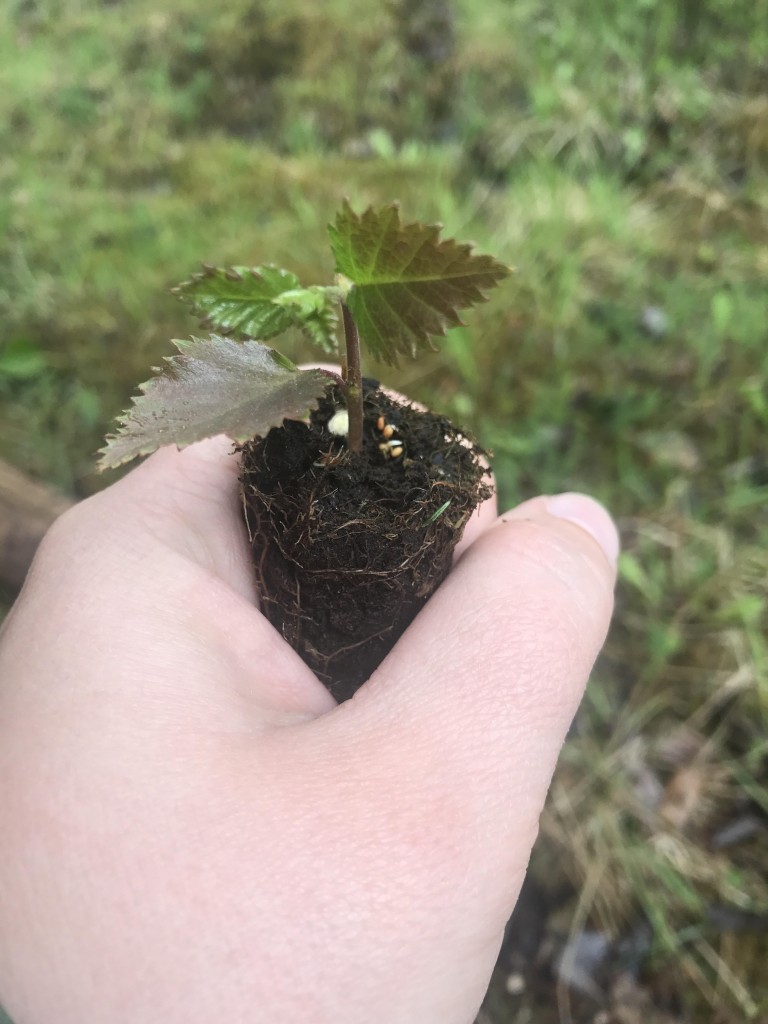 When did the Reykjavik Forestry Association start and what is the mission?
The Forestry association of Reykjavík was founded in the year of 1909. Its first purpose was to plant trees around Lake Rauðavatn, which is located on the outskirts of Reykjavík, but in those days it belonged to a summerhouse area. The mission was, and still is, to make a responsible contributions to the nature and landscape of Iceland and to teach plant knowledge.

How did you get involved?
My involvement, professionally, started some years ago, when I joined the Agricultural University of Iceland. By the end of my stay there, I’d learned about Icelandic plants, grow patterns, natural wind-shelters, Erosion-preventing-plant-techniques and much more. I decided to study a year abroad, in Munchen. There I had the pleasure of getting involved with an institution called “Wasserwirtschaftsamt”, there I naturalised riverbanks, by changing the streams in rivers, with the help of rock-formations and tree planting techniques. When I finished my Uni, I was hired by a energy company called “Landsvirkjun”, I was hired to oversee a group of 25 people who plant trees in the greater Reykjavík area. This group is now a part of the forestry-program in Heiðmörk, were The Forestry Association of Reykjavík is located, we work closely together.

What is erosion?
Erosion is a well known problem in Iceland. I can describe a classic erosion scenario: During daytime, when the temperature is above zero, some rainwater sieves into muddy ground > the mud absorbs the water and keeps it from sieving all the way through > then night comes, and the temperature goes below zero > The rainwater freezes, and when water freezes its mass expands > The enlarged ground cracks open, and holes and ridges appear in the landscape > when the temperature reaches above zero again, the water sieves thru > next time, when the rain comes the rain goes thru the ground, because the cracked ground is worse at holding the water, so over time it becomes dry > Dry grounds supports less plant life.- The reason why plants can help with stopping erosion, is because the root system of plants can bind the soil together, and their root-systems can make a weave of life-mass that can support the soil.

Why is it important to plant trees?

It is important to plant trees, because they are one of the foundations to our planet’s oxygen supply: “A single mature tree can absorb carbon dioxide at a rate of approximately 22kg/year, and in the process it releases enough oxygen back into the atmosphere to support two human beings.” - McAliney, Mike. Arguments for Land Conservation: Documentation and Information Sources for Land Resources Protection, Trust for Public Land, Sacramento, CA, December 1993

How long does it take for the nursery to grow the baby trees and what is the process?
It takes approximately 4-8 months for a Birch (Betula) seed to become big enough to be set out in the wild. The first step is to go out in the wilderness and find Birch trees which have mature seed pots, this is done in July – August (In Iceland), The pods are put separately into soil, and from then they’re kept in a cool surroundings for some months, this is the hibernation time in which we simulate the winter, but in a controlled environment (greenhouse), this helps us to control the seeds growth. When the tree is big enough to plant, (10-15 cm) you can put the tree in the ground. The young tree must not experience freezing temperature, since it is young and fragile, that is not to say that it will die if it comes in contact with freezing temperature, but they are more likely to do so then older trees.

Why are you involved with this work?  What drives you to do this?
I would like to think that I am devoted to the betterment of my self and my surroundings, and I’m always more happy in an natural environment. I love to plant trees, and I love to imagine the places which I plant on in the future, because I get to be a part of it, I get to influence the future, in a positive way, and nothing brings me more joy then that!

How long do the trees take to grow in Iceland? What are the main trees that grow in Iceland?
One of the effects that the northern hemisphere has on plants, is that it takes a bit longer time for trees to reach their full mature growth. And even when they’re fully grown, they tend to be lower and less dense than the plants closer to the equator. The oldest tree in Iceland is a Sorbus intermedia, (English name: Swedish Whitebeam), the tree was brought to Iceland in 1884 and it still stands on the very spot it was planted in. The native trees of Iceland are: Betula pubescens, (English name: Birch) and Sorbus aucuparia (English name: Mountain Ash / Rowan) they are not known to become very old, perhaps about 80 years. The same species abroad can well get over 100 years old. 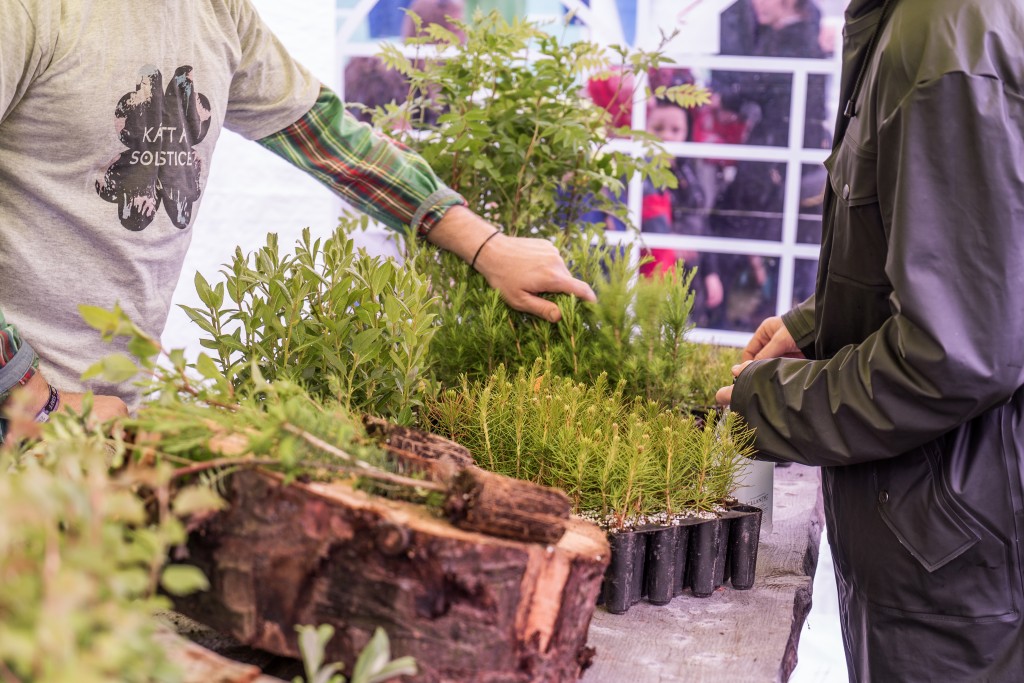 Is deforestation a problem in Iceland?
Deforestation is not that big of a problem in Iceland, nowadays. The forestries are concentrated on vegetating the country in a responsible way, but it is more because of the positive sides of forests. The most dangerous element to forests are diseases and bad weather, it is not very dramatic, but it can be very dangerous, for instance, there was a brief but sharp change in temperature late in the spring, in May, and it had an negative effect on the bloom of the trees, if the temperature would have stayed cold for some time, it could have had devastating effects on the trees, even fatal.

How can you advise someone to get involved in afforestation programs around the world – how could they begin? Are there associations around the world?
Most countries have lots of forestries which are often in need of planters, and most of them would be in contact with their local government, it is always a good idea to search there. I recommend to find the proper websites and send the forestries emails and check in on them! I would also recommend to study forestry, there you could learn about the different plants, plant usage, tree cutting and a ton of other great things!

What is your favourite tree?
My favourite trees are Maple and Willow. Maple, in Icelandic is Hlynur, which is my name, and it is a very beautiful tree, and Willow is tough as nails, it grows everywhere, even far up on the highlands!

Do you have any tree stories you can tell us?
Trees have a deep rooted meaning in the Icelandic society, they are considered to be signs of life, prosperity and culture. The cultural side weaves into our names. I am, for example named after a tree (Maple tree; My name is Hlynur), that tree was planted when I was baptised. My friends name is Birkir (Betula pubescens) my other friends name is Reynir (Sorbus aucuparia). We don’t consider it to be abnormal to be named after trees.

For more information on the RFA, check here: http://www.skog.is/forest/

And I found some information on the British Forestry Association here: http://www.rfs.org.uk