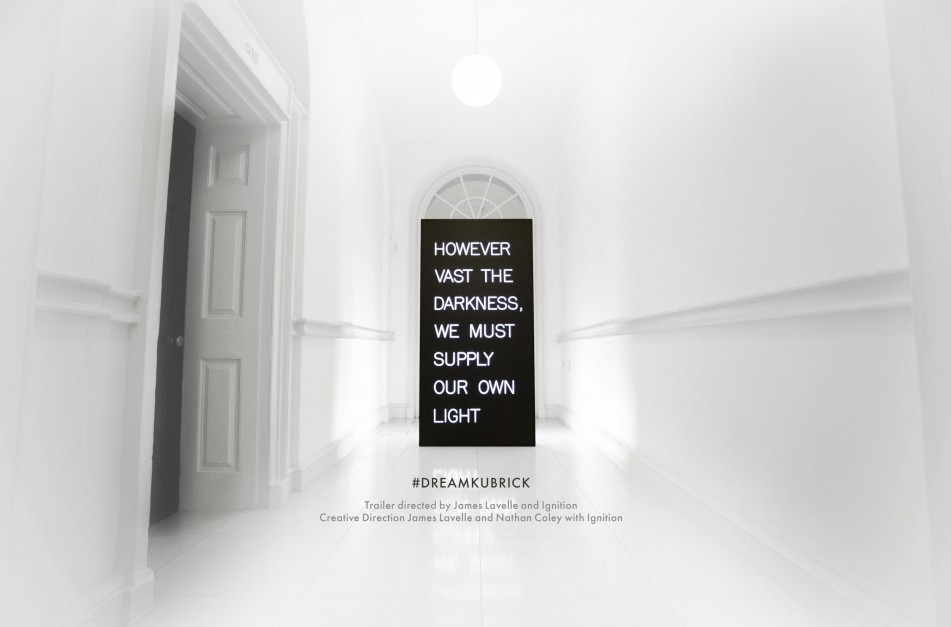 Curated by Mo’Wax and UNKLE founder, James Lavelle, the exhibition features some of today’s most talented artists exploring the impact of one of the most innovative and influential film makers in cinematic history.

Kubrick’s original and controversial work includes ‘Lolita‘, ‘Dr Strangelove‘, ‘2001: A Space Odyssey’, ‘A Clockwork Orange’, ‘The Shining’, ‘Full Metal Jacket‘ and ‘Eyes Wide Shut‘, his final film before his death in 1999, and which he claimed as his best to date.

For the ‘Daydreaming With Stanley Kubrick‘ exhibition, each artist involved was invited to ‘respond to a film, scene, character or theme from the Kubrick archives, shining new perspectives onto the cinematic master’s lifework’. Some artist highlights include:

“A self-portrait by Kubrick is projected into the viewer’s peripheral vision using LED light technology. This ‘visual echo’ appears and disappears in a moment like a phantom. Levine is fascinated by the ‘sensory energy’ and ‘spiritual dimension’ of light.” (Source: Booklet)

“The skilful interplay of dissonant sound and controlled light to create a heightened sense of drama is central to Kubrick’s filmmaking. Mirza’s immersive installation incorporates a concave mirror by Kapoor, and uses the tension between sound and light to illicit both psychological and visual discomfort in the viewer.” (Source: Booklet) 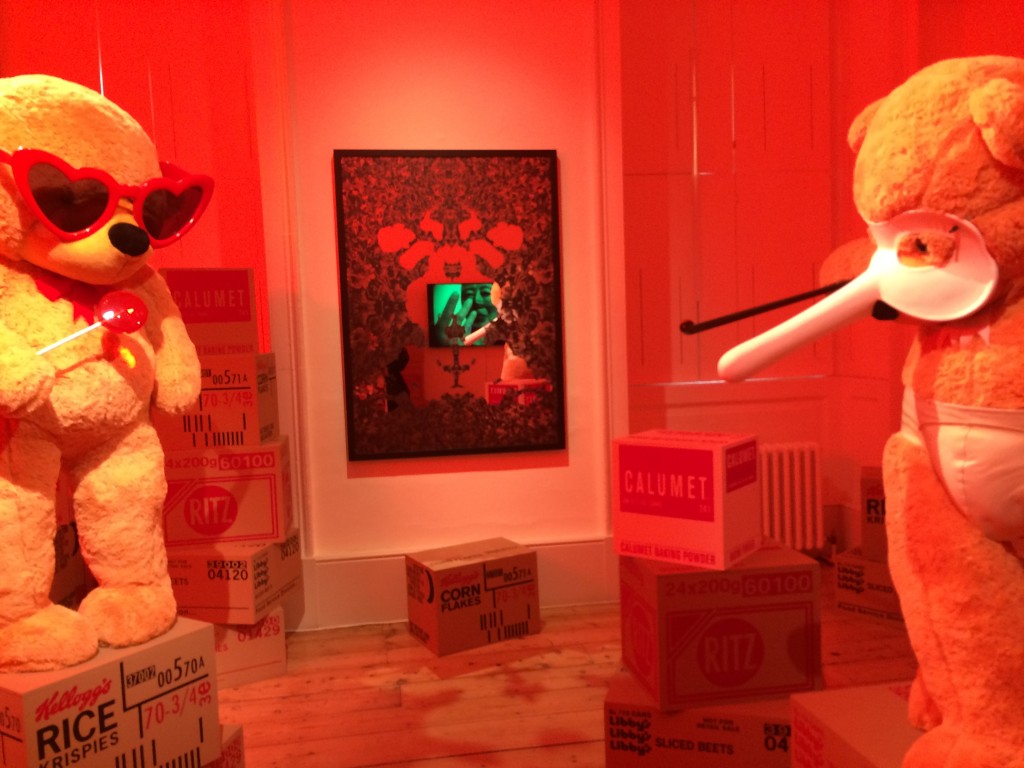 Contributors to the exhibition include:

To find out more, check the Somerset House website here