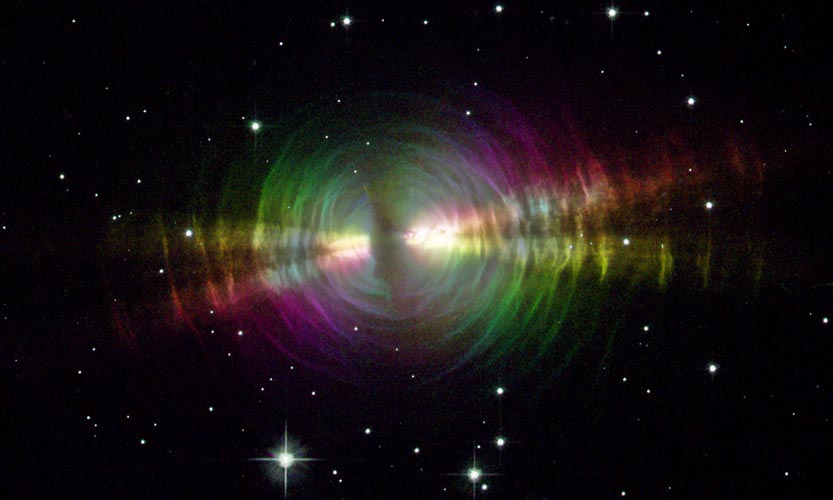 In deep space, as one world collapses a star is born and new worlds are formed. Check below for 11 of Cosmic Pineapple’s favourite nebulas in space.

Named after the Latin word for ‘cloud’, a nebula is a massive formation of dust, hydrogen, helium and ionised gases.  Mostly, yet not always, formed from a dying star, the stunning chaotic formation of a nebula brings the mystical realms of our imagination into an intriguing reality as elements combine to create something truly magical.

Cosmic Pineapple highlights 11 of our favourite nebulas from space. 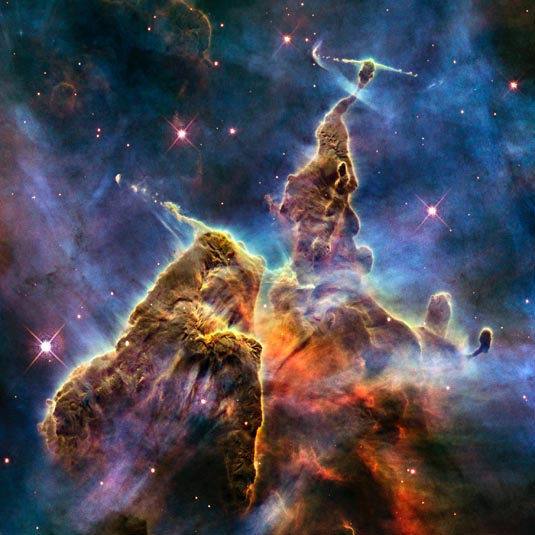 “This craggy fantasy mountaintop enshrouded by wispy clouds looks like a bizarre landscape from Tolkien’s “The Lord of the Rings” or a Dr. Seuss book, depending on your imagination. The NASA Hubble Space Telescope image, which is even more dramatic than fiction, captures the chaotic activity atop a three-light-year-tall pillar of gas and dust that is being eaten away by the brilliant light from nearby bright stars. The pillar is also being assaulted from within, as infant stars buried inside it fire off jets of gas that can be seen streaming from towering peaks.” More HERE. 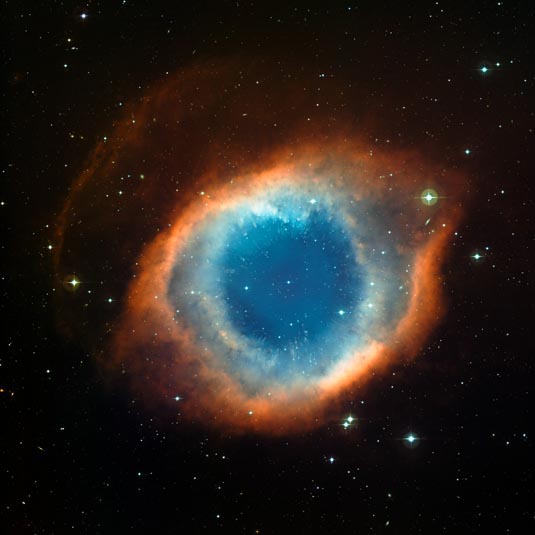 “The Helix Nebula, NGC 7293, lies about 700 light-years away in the constellation of Aquarius (the Water Bearer). It is one of the closest and most spectacular examples of a planetary nebula. These exotic objects have nothing to do with planets, but are the final blooming of Sun-like stars before their retirement as white dwarfs. Shells of gas are blown off from a star’s surface, often in intricate and beautiful patterns, and shine under the harsh ultraviolet radiation from the faint, but very hot, central star. The main ring of the Helix Nebula is about two light-years across or half the distance between the Sun and its closest stellar neighbour.” More HERE. 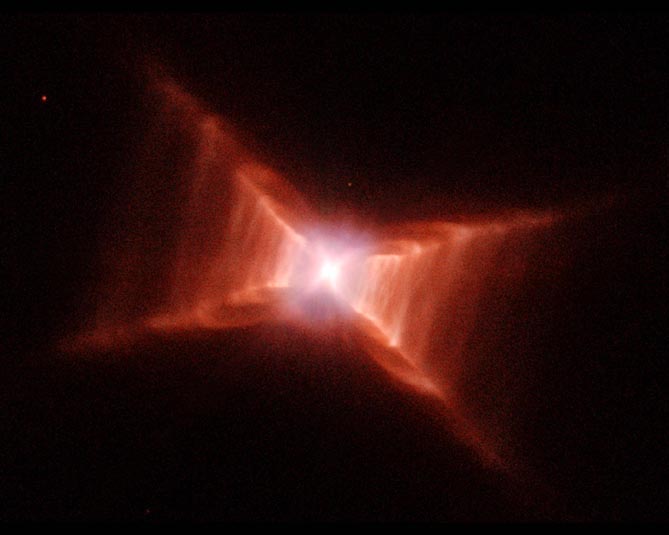 “The star at the centre of the Red Rectangle is one that began its life as a star similar to our Sun. It is now nearing the end of its lifetime, and is in the process of ejecting its outer layers to produce the visible nebula. The shedding of the outer layers began about 14,000 years ago. In a few thousand years, the star will have become smaller and hotter, and will begin to release a flood of ultraviolet light into the surrounding nebula; at that time, gas in the nebula will begin to fluoresce, producing what astronomers call a planetary nebula.” More HERE. 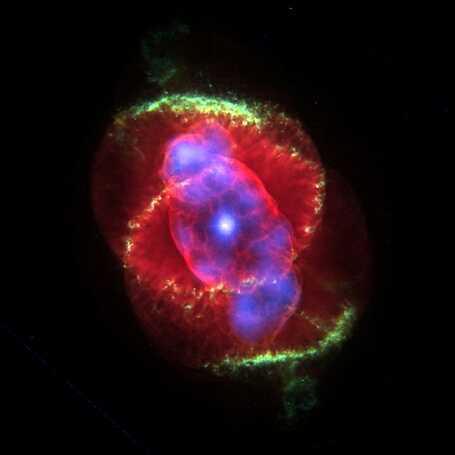 “Despite the complex optical appearance of the nebula, the X-ray emission illustrates unambiguously that the hot gas in the central bubble is driving the expansion of the optical nebula,” said You-Hua Chu of the University of Illinois and lead author of the paper submitted to the Astrophysical Journal. “The Chandra data will help us to better understand how stars similar to our Sun produce planetary nebulas and evolve into white dwarfs as they grow old.” More HERE 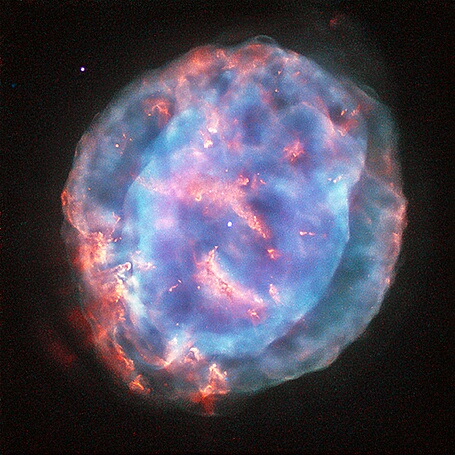 “This colorful bubble is a planetary nebula called NGC 6818, also known as the Little Gem Nebula. It is located in the constellation of Sagittarius (The Archer), roughly 6000 light-years away from us. The rich glow of the cloud is just over half a light-year across — humongous compared to its tiny central star — but still a little gem on a cosmic scale.” More HERE. 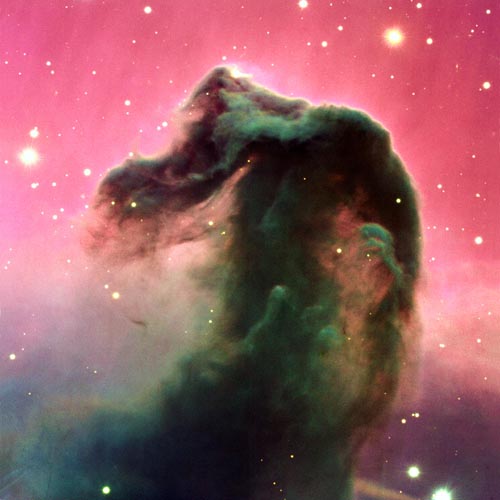 “A new, high-resolution color image of one of the most photographed celestial objects, the famous “Horsehead Nebula” (IC 434) in Orion, has been produced from data stored in the VLT Science Archive. The original CCD frames were obtained in February 2000 with the FORS2 multi-mode instrument at the 8.2-m VLT KUEYEN telescope on Paranal (Chile). The comparatively large field-of-view of the FORS2 camera is optimally suited to show this extended object and its immediate surroundings in impressive detail.” More HERE. 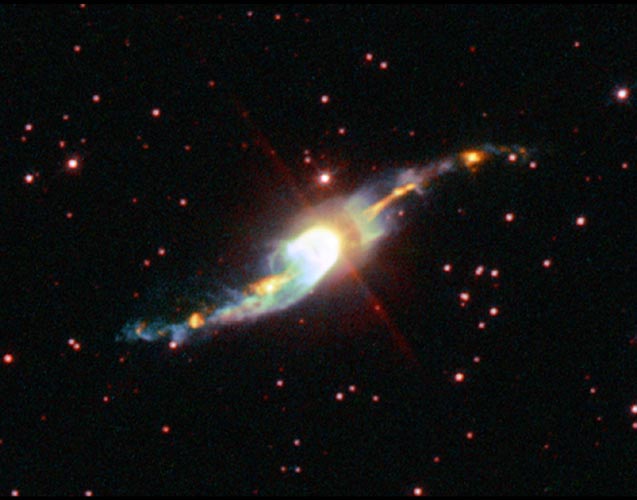 “There are many mysterious objects seen in the night sky which are not really well understood. For example, astronomers are puzzled by the ‘jets’ emerging from planetary nebulae. However, the S-shaped jet from Henize 3-1475 is the most perplexing of all. ‘Jets’ are long outflows of fast-moving gas found near many objects in the Universe, such as around young stars, or coming from black holes, neutron stars, and planetary nebulae, for example. The NASA/ESA Hubble Space Telescope has imaged the young planetary nebula Henize 3-1475 and its bizarre jet.” More HERE.

“Resembling a rippling pool illuminated by underwater lights, the Egg Nebula offers astronomers a special look at the normally invisible dust shells swaddling an aging star. These dust layers, extending over one-tenth of a light-year from the star, have an onionskin structure that forms concentric rings around the star. A thicker dust belt, running almost vertically through the image, blocks off light from the central star. Twin beams of light radiate from the hidden star and illuminate the pitch-black dust, like a shining flashlight in a smoky room.” More HERE. 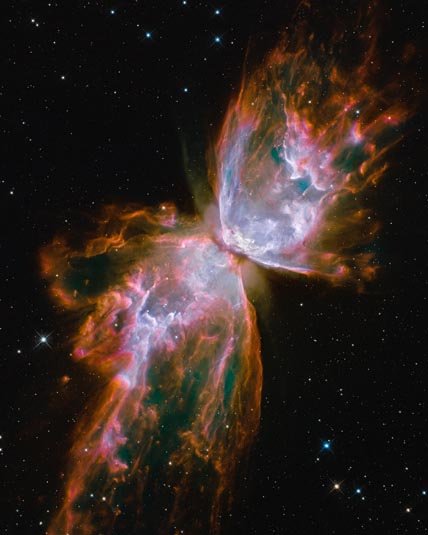 “This celestial object looks like a delicate butterfly. But it is far from serene. What resemble dainty butterfly wings are actually roiling cauldrons of gas heated to more than 36,000 degrees Fahrenheit. The gas is tearing across space at more than 600,000 miles an hour—fast enough to travel from Earth to the Moon in 24 minutes! A dying star that was once about five times the mass of the Sun is at the center of this fury. It has ejected its envelope of gases and is now unleashing a stream of ultraviolet radiation that is making the cast-off material glow. This object is an example of a planetary nebula, so-named because many of them have a round appearance resembling that of a planet when viewed through a small telescope.” More HERE. 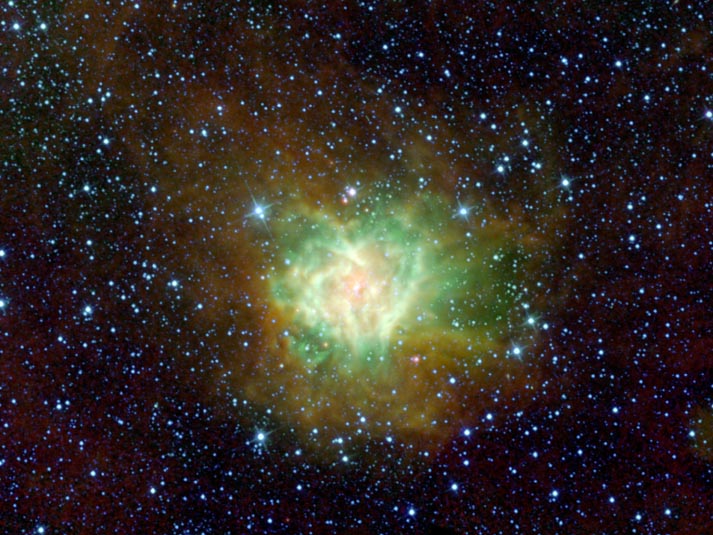 “The aptly named Cocoon nebula is featured in this image from NASA’s Wide-field Infrared Survey Explorer, or WISE. This cloud of dust and gas, cataloged as IC 5146 and located in the constellation Cygnus, is wrapped in a dark cloud of dust called Barnard 168. Within this cocoon of dust and gas, new stars are forming and beginning to emerge into the wild. In the heart of the nebula, which looks surprisingly like a Valentine’s heart in WISE’s view, massive new stars are emerging. The intense radiation from these stars heats up the cloud. The highest-energy light from the stars rips electrons from hydrogen atoms, which then recombine with the atoms and emit visible light.” More HERE. 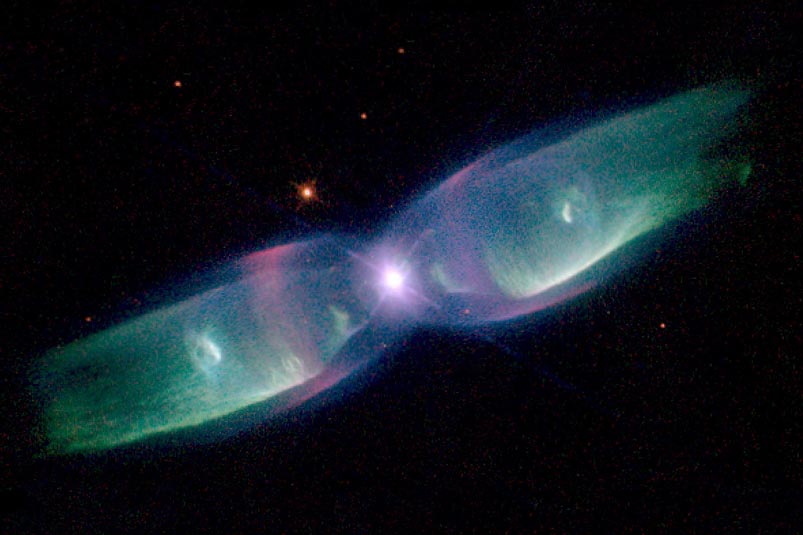 “M2-9 is a striking example of a “butterfly” or a bipolar planetary nebula. Another more revealing name might be the “Twin Jet Nebula.” If the nebula is sliced across the star, each side of it appears much like a pair of exhausts from jet engines. Indeed, because of the nebula’s shape and the measured velocity of the gas, in excess of 200 miles per second, astronomers believe that the description as a super-super-sonic jet exhaust is quite apt. Ground-based studies have shown that the nebula’s size increases with time, suggesting that the stellar outburst that formed the lobes occurred just 1,200 years ago.” More HERE.