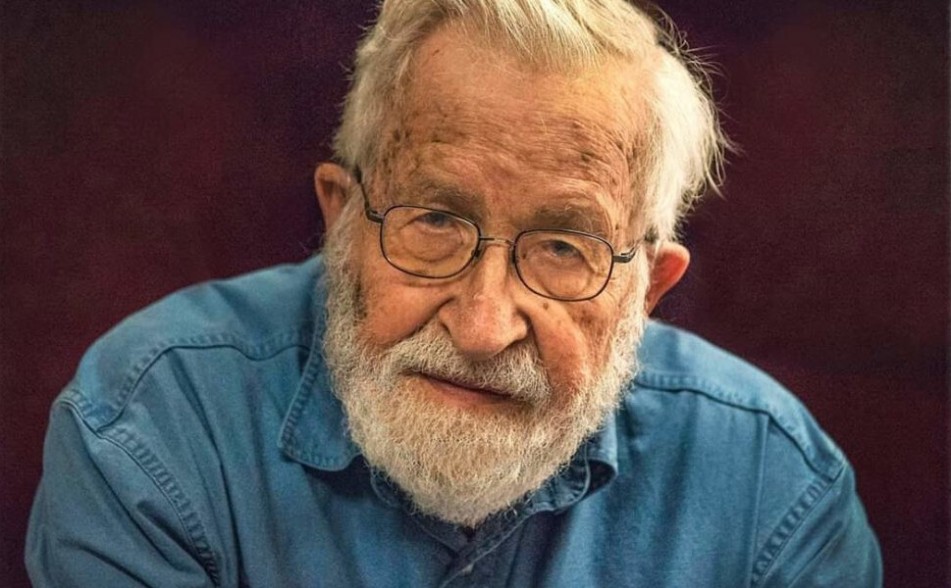 Noam Chomsky, one of the most important intellectuals in life today, has drawn up the list of 10 media manipulation strategies.

Avram Noam Chomsky[a] (born December 7, 1928) is an American linguist, philosopher, cognitive scientist, historian,[b][c] social critic, and political activist. Sometimes called “the father of modern linguistics”,[d] Chomsky is also a major figure in analytic philosophy and one of the founders of the field of cognitive science.

1-The strategy of distraction

The primordial element of social control is the distraction strategy which consists of diverting the public’s attention from major problems and the changes decided by political and economic elites, through the flooding technique or flooding continuous distractions and insignificant information. Distraction strategy is also essential to prevent the public from becoming interested in essential knowledge in the area of science, economics, psychology, neurobiology and cybernetics. Keeping the audience’s attention deviated from real social problems, imprisoned by themes without real importance. Keeping the public busy, busy, busy, with no time to think, back to the farm like other animals (quoted in the text ′′ Silent weapons for quiet wars ′′).

2-Creating problems and then offering the solutions.

This method is also called a ′′ problem-reaction-solution “.  It creates a problem, a ′′ situation ′′ planned to cause a certain reaction from the public, with the aim that this is the source of the measures they want to accept. For example: letting urban violence intensify or intensify, or organize bloody attacks, with the aim of the public being those requiring security laws and policies to the detriment of freedom. Also: create an economic crisis to make social rights demotion and dismantle public services accept as a necessary evil.

3-The Strategy of Graduation.

To make an unacceptable measure accepted, you only need to apply it gradually, to dropper, for consecutive years. This is how radically new socioeconomic conditions (neoliberism) were imposed during the decades of the 80 s and 90 s: minimum state, privatisation, precariousness, flexibility, mass unemployment, wages that no longer guarantee dignified incomes , so many changes that would have brought about a revolution if they were implemented at once.

4-The Strategy of Deferring.

Another way to get an unpopular decision accepted is to present it as ′′ painful and necessary “, gaining public acceptance, in the moment, for future application. It is easier to accept a future sacrifice than an immediate sacrifice. First, because effort isn’t that taken immediately. Second, because the public, the mass, always tends to naively hope that ′′ everything will be better tomorrow ′′ and that the required sacrifice could be avoided. This gives the audience more time to get used to the idea of change and accept it resigned when the time comes.

Most advertisements directed at the large audience use speeches, arguments, characters and a particularly childish intonation, many times close to weakness, as if the viewer was a few years old creature or a mental moron. When you try to deceive the viewer the more you tend to use a childish tone. Why? Why? ′′ If someone addresses a person as if they are 12 or under, then based on suggestionability, they will probably tend to a response or reaction even without a critical sense like that of a 12 person. years or less ′′ (see ′′ Silent Weapons for quiet wars ′′).

Take advantage of emotion it’s a classic technique to provoke a short circuit on a rational analysis and finally the critical sense of the individual. Additionally, the use of emotional register allows the unconscious access door to implant or inject ideas, desires, fears and fears, compulsions, or induce behaviors.

7-Keeping the public in ignorance and mediocrity.

Making the public incapable of understanding the technologies and methods used for their control and slavery. “The quality of education given to lower social classes must be as poor and mediocre as possible, so that the distance of ignorance that plans between lower classes and upper classes is and remains impossible to fill from the lower classes “.

8-Stimulating the public to be complacent with mediocrity.

Pushing the audience to think it’s fashionable to be stupid, vulgar and ignorant…

Making the individual believe that he is only the culprit of his disgrace, because of his insufficient intelligence, skills or efforts. So, instead of rebelling against the economic system, the individual devalues himself and blames himself, which in turn creates a depressive state, one of whose effects is the inhibition of his action. And without action there is no revolution!

10-Knowing individuals better than they know themselves.

Over the past 50 years, science’s rapid progress has generated a growing gap between public knowledge and those possessed and used by dominant elites. Thanks to biology, neurobiology, and applied psychology, the ′′ system ′′ has enjoyed advanced knowledge of the human being, both in its physical and psychological form. The system has managed to learn better about the common individual than he knows himself. This means that, in most cases, the system exercises greater control and greater power over individuals, greater than that which the same individual exercises over himself.