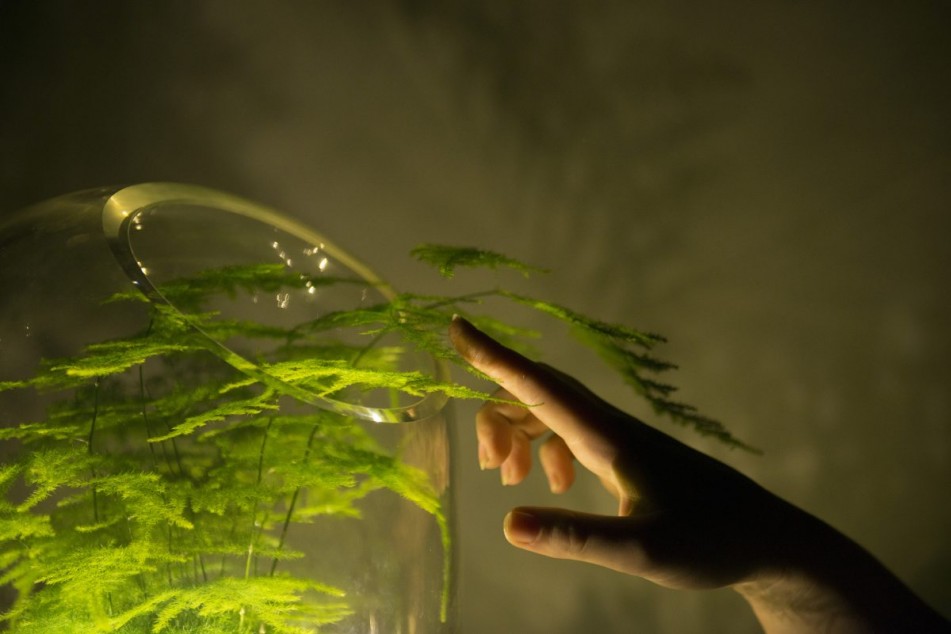 Dutch designer Ermi van Oers has created a lamp that uses a living plant to generate its own electricity – and plans to scale up the technology to power entire smart cities.

Presented at Dutch Design Week, the Living Light uses microorganisms to convert the chemical energy it naturally produces during photosynthesis into an electric current.

Dutch designer Ermi Van Oers designed the lamp to function as its own self-sufficient ecosystem, which creates renewable energy instead of relying on coal power stations. She has already began to apply the technology – known as microbial energy – to public spaces, and is collaborating with the municipality of Rotterdam to light up one of its parks.

“The potential is huge,” she told Dezeen. “Street lights could be connected to trees. Forests could become power plants. Rice fields in Indonesia could produce food and electricity for the local population.”

The Living Light comprises a built-in plant encased inside a glass tube, which releases organic compounds into a soil chamber below as it photosynthesises. The organic matter is broken down by bacteria fostered on a microbial fuel cell – a system that mimics bacterial interactions found in nature. When this happens, electrons are created and transported away from the soil. The electric current is passed along a wire and fed into a ring fitted with LEDS, which light up when the user interacts with the plant by touching its leaves.

Van Oers claims that future cities could be powered exclusively by plants in a similar way, by replacing the electric grid with a microbial energy system.

“I hope we come to a point where every plant pot is provided with this technology, and we don’t know any better than that plants are part of our energy system,” said van Oers. “Nature will get a higher economical value, we will start making more green places so that biodiversity can flourish, while lowering greenhouse gas emissions at the same time.”

She acknowledges that the technology is still new, and that the Living Light can only produce a small amount of energy in its current form.