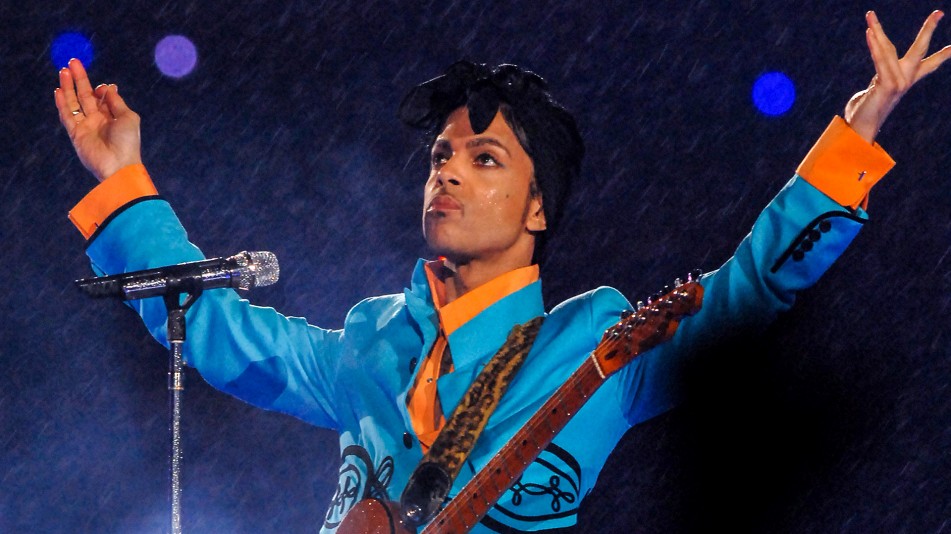 Music gives a soul to the universe, wings to the mind, flight to the imagination and life to everything. – Plato

In 2016, we live in very tumultuous, transformative and exciting times. A US presidential election with its accompanying media circus and public debates, the practically undeniable effects of climate change, increasing conflict and instability in the Middle East, the consequential refugees and victims and the increasing terrorist attacks are just some of the phenomena that interest and affect a lot of people globally. The Olympic Games, that on the one hand unite people through sport but on the other hand divide them in nations and winners/losers, offer a welcome relief from yet another horrific event being broadcasted.

In these uncertain and challenging times we as humans inherently crave to be inspired by people with certain qualities and values that speak to our feelings and convictions. In the end it boils down to what feeling we follow inside ourselves and who we allow to feed those feelings. This is actually a very simple choice between fear and love, even though its deliberations and consequences can be very complex.

Some of these feelings that speak to our fears and uncertainties; like how we value our safety and want to make sure our loved ones are taken care of and how we want to protect our way of life. The presidential candidacy of Donald Trump shows how far factless fearmongering, promising security and better circumstances and ridiculing other people through confident yet ignorant retoric can get you in this world. Some of the things that are being said by this man cannot possibly be taken seriously; yet he is being taken serious by a lot of people and is given a lot attention. How can it be that one of the two choices for the (symbolical) leader of the most powerful in the world is publically being so offensive and divisive?

Some of these feelings, on the other hand, are grounded in compassion and love; like how we realize the common needs in every human being and consequently want to make sure other people don’t suffer unnecessarily and thus help those in need. One of the most uniting positive forces in the world today, if not ever, is music. Festivals and musical gatherings are flourishing and people from all over the world often travel even to other countries to see their favorite artists and dance to their preferred music. Can’t we just organize festivals instead of political conventions?

One thing seems certain though: the people we give attention to in our life will have a direct influence in our way of thinking and conduct. Just by listening to what they are saying and the manner in which they say it – the tone, frequency or general vibe – we soak up and thereby strengthen that particular sound. Quite literally. The media and content we consume play a very important role in this interactive energy exchange. Luckily most of us live in circumstances where we have the freedom and technology available to tune in to whatever we prefer; if we at least consciously decide which content resonates most with us.

So, do we want to listen to someone who proclaims that certain people have more right to something than others because of their heritage, cultural values and/or the country they live in? And do we really believe it when they say some people can’t have some of the most basic human necessities because there is not enough; while they themselves seem to have more than a sane human being will ever need? In today’s society, sadly, this mindset can get you really far – and make you filthy rich in the process.

Some of the most powerful people and entities in today’s society operate according to a belief system that prioritizes some people over others; resulting in personal gain. These people exclude others because of their (perceived) differences or lack of value(s); thereby creating more division and discussion in the collective. Most of the time their tone and attitude are obviously egotistical and sometimes even childishly ignorant, not to mention factually false. Why do these people get so much attention and power? What does this say about the current state of the world and its habitants?

On the other side of this spectrum we find people who make it their living to create and bring forth beauty. Through their creative process they transcend a lot of societal limitations and succeed in uniting people under a common denominator. Because their personal struggles and victories are reflected in their work they have the ability to inspire other people to confront or celebrate the important or difficult moments in their own life. Their work can quite literally become the soundtrack, wallpaper, or movie that play a very important role in all the beautiful and crazy moments that we can encounter in life.

Some of these people are very influential in the world: even after they themselves have left it physically. The reason for this importance is very simple: their work and ideas live on. One could even argue that the importance and attention their work gets even increases significantly after their death. The message and pure inspiring content that is contained in the often beautiful context in which it is expressed is something that seems to live a life apart from the person that created it; even though they have been the channel that brought it into this world.

2016 has seen the departure of one of Earth’s most prolific musical artists: Prince, who lived here from 1958 – 2016. His death has sent waves of praise, recognition and mourning across the globe: resulting in an extra valuation and increasing attention for his life and work. And when we take into consideration the huge amount of work that he actually has brought forth, it becomes clear that he has put in a lot of energy that seems to explain and validate it’s impact:

It is impossible to try and comprehend to what extent his work has influenced people’s lives. Just try and imagine how many people danced, laughed, cried or made love while listening to this music. Almost everyone has certain memories linked to music and songs. To know that the great work of this artist will live on and provide the soundtrack to even more of these moments most certainly gives him a very special place on this planet; if not in the afterlife.

Let’s focus on some of Prince’s achievements: his music but also his actions and behaviour in private. This clip shows one of his best friends and attorney, Van Jones, just after Prince passed away, telling about his humanitarian activities and his friendship:

It goes to show that besides his music he was deeply concerned with his peers and people in need. But besides these actions he has raised a lot of important issues through his music and lyrics. His music is filled with so much references to societal developments and deeper inspirations that it is almost impossible to do them justice by just looking at the lyrics. But we’ll highlight three songs that seem relevant to the situations we face today.

In his funk infused song Dear Mr. Man from the legendary album Musicology (2004) he adresses the state of the world and the people in power; pointing out the environmental disasters, double talk and how voting won’t make a difference because “it’s the same song with a different name”.

What’s wrong with the world today?

Things just got to get better

Listen, ain’t no sense in voting — same song with a different name
Might not be in the back of the bus but it sure feels just the same
Ain’t nothing fair about welfare
Ain’t no assistance in AIDS
We ain’t that affirmative about your actions until the people get paid

Who said that to kill is a sin
Then started every single war
That you’re people been in?
Who said that water
Is a precious commodity
Then dropped a big old black oil slick
In the deep blue sea?

Who told me, Mr. Man
That working round the clock
Would buy me a big house in the ‘hood
With cigarette ads on every block

Who told me Mr. Man
That I got a right to moan?
How ’bout this big ol’ hole in the ozone?
The situation hasn’t changed since Prince pointed this out; arguably it has even worsened. One thing seems for certain: voting for either Hillary or The Donald would not be on his to-do list.

In Dreamer Prince sings – or almost screams – about the racial history and tensions in the United States by referencing Dr. Martin Luther King and his own frustations of growing up in a society that seems to favor people with white skin colour over others.

I was born, raised on the same plantation
In the United States of the red, white and blue
Never knew that I was different
Till Dr. King was on a balcony lyin’ in a bloody pool

I expected so much more from a lovin’, a lovin’, lovin’ society
A truthful explanation, you know what
I got another, another conspiracy

If it was just a dream, listen
Call me, call me a dreamer too

With more rewards and accolades then anyone before or after
21st century, oh what a shame, what a shame race, race still matters
A race to what and where we goin’
We in the same boat but I’m the only one rowin’

It seems obviously clear that these issues are still very much troubling people in the United States. The Black Lives Matter movement, seemingly racial police brutality, events in Ferguson and the controversial shootings of Treyvon Martin, Eric Garner Michael Brown and Philando Castille are just some examples of this sad issue.

In the bass driven trip rock song Dance On Prince sings about everything from bass guitars and M&M killers playing Mickey Mouse games to Uzi guns in wagon full of funk. The hypnotising spoken lyrics at the end of the song seem to suggest some more urgent matters though:

Lord have mercy
Dance on, dance on (Dance on)

It’s time for new education
The former rules don’t apply
We need a power structure that breeds production
Instead of jacks who vandalize
Detroit what’s happenin’?

What color is your money today? Get your money straight
Everybody dance on

These lyrics are pretty clear-cut: Prince wants a new education, because the former rules don’t apply and a power structure that breeds production, instead of jacks who vandalize. It doesn’t seem like this is happening anytime soon though.

The three songs outlined here are just a fraction of Prince’s songs that inspire people to think about the deeper issues we are confronted with in our life and society. Musicology marks the beginning of a series where certain artists and their work will be praised and examined to see what kind of extra dimenions their work might contain, besides their esthetic context.

By taking a closer look at how some artists, dead or alive, have been putting deeper meaning into their music and how this relates to issues in todays world we want to pay hommage to their virtuosity. Hopefully we can thereby provide a welcome perspective on our world in transformation from sources that are a lot more pleasant to listen to than a lot of the people in power now. Because let’s be honest: if you can choose who to listen to, would you rather listen to a musician or a politician?

This post was written by: Gijs van der Grinten