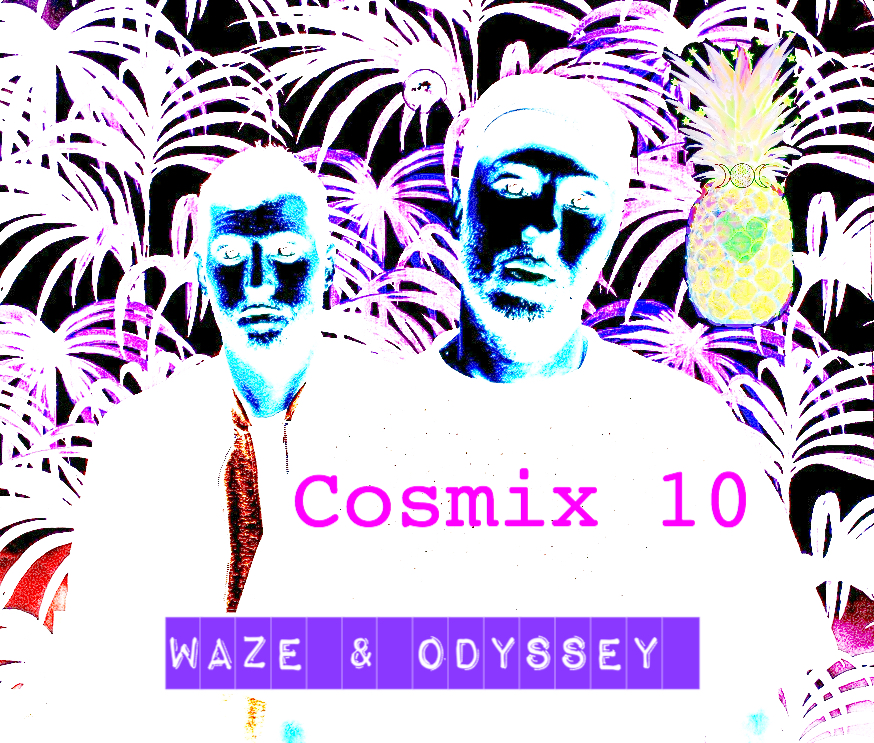 Waze & Odyssey have the ability to channel the past into the present day and keep the sound fresh. A meeting of minds and music tastes at the end of 2011 evolved into a DJ/production partnership and they have since played at some of the world’s most influential clubs and parties, including Panorama Bar, Fabric, Warehouse Project, Chibuku, El Row, Monarch and many more.

Alongside releases on influential labels Wolf Music, Lets Play House, Tsuba, Throne of Blood and their own W&O Street Tracks, the pair have remixed the likes of Compuphonic, Citizenn and T.E.E.D. 2016 sees them kick start the year at Berlin’s Panorama Bar; forthcoming releases on Viva, Dirt Crew & Yousef’s Circus. For their Cosmix they diverged from their usual musical style with a special live mix recorded from Francois K’s Deep Space in NYC, perfectly setting the mood.

“Cosmic listeners! We hope you enjoy this mix that we put together. It’s the first 50 minutes of our set for Francois K in New York in November 2015 at Cielo. His Monday night ‘Deep Space’ has been going for over a decade, and is a true NYC institution, and we were honoured to play. We got to do a two-and-a-half-hour warm-up set for Francois, setting the scene and mood and getting to play some of our favourite records that we listen to at home for the first 50 minutes before dropping into a slow 4×4 beat later on. So here we have it, the opening sequence. We hope you enjoy it.” – Waze & Odyssey

Check below for the mix and interview!

Tell us about the mix:
The mix is drastically different to what we usually play and was a welcome tonic to the usual DJ sets that we play out

Where was it recorded?
This was the first 50 minutes of our set for Francois K at Deep Space, recorded live at Cielo in NYC the other week… The idea behind Francois’ night Deep Space is not just about music, club or people but atmosphere and how you’re welcomed. We started proceedings at 10 as the club opens, within minutes there are people in there – and the idea is that you keep the sound levels welcoming at the start, moving slowly into a groove and a more dance floor feel as the night progresses.

How would you like for people to feel when they hear this music?
Relaxed and contemplative… Things are crazy busy in our worlds nowadays, it’s good to sit down and take stock sometimes.

Music is?
Movement, whether that is on the dancefloor or social movement… It’s a great force.

How has music helped to sculpt and guide you in life?
It’s been almost religious.

What does the word ‘cosmic’ mean to you?
The word brings positive feelings.

Please can you give us a cosmic quote or piece of art that moves you:
Big fan of Alan Watts – he has many wise choice nuggets but this one particularly with it’s mention of dance: “The only way to make sense out of change is to plunge into it, move with it, and join the dance.”

What do you think is the role of the DJ in the modern world?
There to soundtrack your life!

How can we make the world a better place?
Take care of the people immediately around you – that positive action will go on to affect the others around your immediate circle and so on.

A pineapple fact?
Once decided it was a good idea to eat pineapple for breakfast after a big night out on a ramshackle bus in the middle of a small, landlocked country called Laos. Had to be sick into a bag.