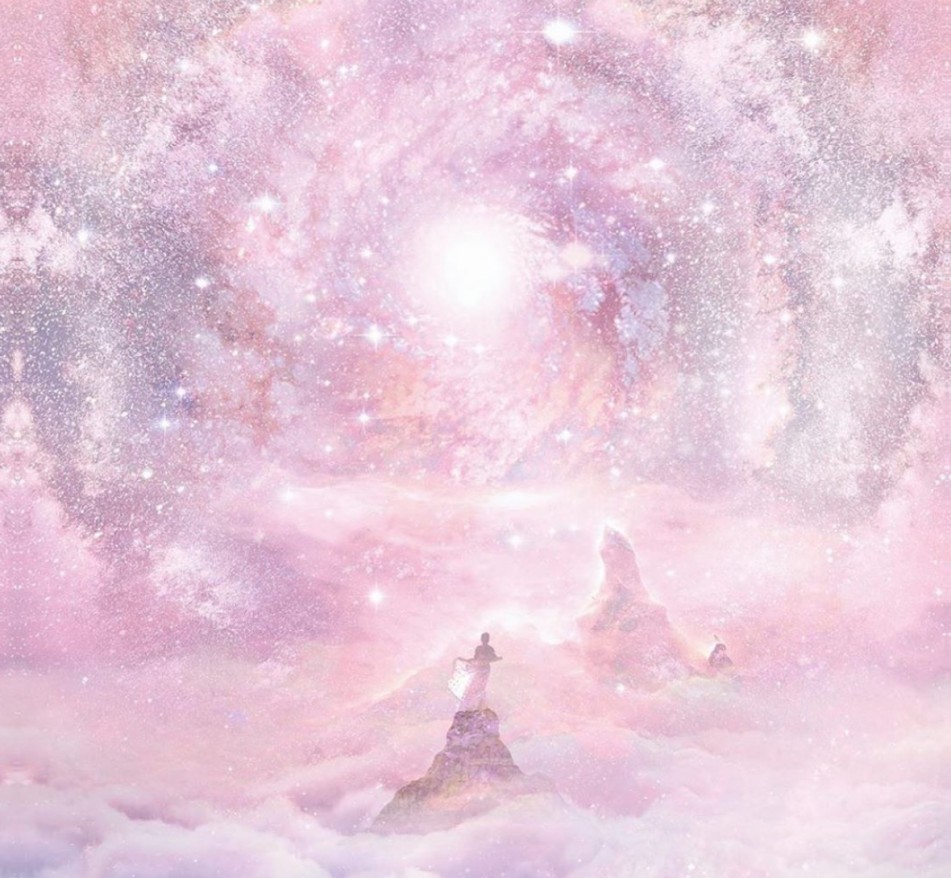 Yoga (union of body, mind, soul and spirit) is rediscovering who we are and returning to a life of joy, bliss and freedom.

Vedanta, recognizing that we each have different personalities and preferences, offers us four Paths of Yoga or sets of spiritual practices to help us reach this goal.

Vedanta tells us that there are five causes of suffering:

Fortunately, Vedanta also gives us the solutions to overcome them. It tells us that by correcting the first cause and remembering who we really are, all others will cease to concern us.

In life we can act, we can think, we can feel or we can do nothing.

To act is Karma Yoga, to think is Gyana Yoga, to feel (love) is Bhakti Yoga, to do nothing completely is Samadhi the final step of Raja Yoga and goal of all Yoga.

Let’s look at each of the Paths of Yoga and see how we can incorporate them into our lives.

Bhakti is the yoga of devotion, ultimately to the Divine but it can initially be a guru, our family, a friend or anything that creates strong emotional ties.

In today’s world with so much chaos and confusion, it is said that Bhakti is the easiest of the paths. It can be practiced by anyone regardless of mental or physical abilities and doesn’t involve extensive yogic practices.

Bhakti is the path of love which removes jealousy, hatred, lust, anger, egoism, pride and arrogance, replacing them with joy, divine ecstasy, bliss, peace and wisdom.

The line of a Fleetwood Mac song says, “Drowning in a sea of love, where everyone would love to drown”. This is Bhakti – drowning in love.

Vedanta says there is a fine thread made of Pure Love (Prem), which connects our hearts with the Divine. This thread is the essence of Bhakti. It’s been lying dormant in our hearts since the beginning of creation, hidden by layers of ignorance and suffering. However, no matter what we do or where we go this thread, our Divine connection, can never be broken. This is what creates the deep yearning of our Soul for Joy and Bliss.

To be IN love with someone or something creates separation. Bhakti is to BE Love. To be intoxicated with Divine Love. It is the Unity of being in love with Love Itself. Vedanta says, put the emphasis where it belongs—on the Divine Self within each person we encounter.

The Bhakti Yogi (practitioner of Bhakti)

People often say they don’t have enough time for their spiritual practice because of family commitments. Bhakti is to make serving your family your practice.

With Bhakti, all attachments end except the all-absorbing love for God – this is the only attachment that frees rather than limits. Once the Divine is re-established in the temple of our heart, Its Love will serve us for eternity. Bhakti is the journey to finally “rest in God”.

Karma means action, Karma Yoga is performing action without attachment to the outcome. It is the path of selfless service (Seva). We cease to identify with the ego and all action is seen as an offering to the Divine.

Karma yoga is “doing the right thing”, the process of achieving perfection in action. It means following one’s Dharma (true purpose) and accepting whatever comes, without expectation of payment, thanks or recognition.

Vedanta also says that Karma Yoga is the Warriors Path and the Yogi should:

With Karma Yoga, all desires eventually merge into one, which is to serve and ultimately serve the Divine.

Gyana Yoga is the path of knowledge or more correctly, wisdom. It is the means to Enlightenment through the process of reason, particularly the process of discernment between what is real and what is not real, what is true and untrue, through study and self inquiry.

It is said to be the most difficult path because it uses the mind and intellect to go beyond themselves, to finally realize we are One with the Divine. The Upanishads call it the “razor’s edge”, where the ego is always trying to knock us off. It requires great strength of character, will power and intellect.

When asked a question, Ramana Maharshi, a great Indian Saint and Gyana Yogi, would often reply, “First ask yourself who is asking the question?” Gyana Yoga is the study of the ancient texts and teachings of the Great Masters but more importantly is the study of one’s own self.

The Gyana Yogi stops worrying about what is being seen but asks, “Why am I seeing it”. Life begins to be seen as a dream.

Raja Yoga, means the Royal Path. As a king maintains control over his kingdom, so we must maintain control over our own “kingdom”—the vast territory of the mind.

It’s the path of meditation, mantras and techniques. The basic theme of Raja Yoga is that our perception of the Divine Self is obscured by the disturbances of the mind. If the body and mind can be made still and pure, the Self will instantaneously shine forth.

Raja Yoga is the path most favored by Westerners because it can be practiced by almost everyone requiring no belief or particular faith. Raja Yoga says to believe only what you find out for yourself by direct experience.

Although he didn’t call it Raja Yoga, this path was best summarized by the Indian Sage Patanjali in his Yoga Sutras, under the title Astanga or The Eight Limbs of Yoga.

The Eight Limbs are:

Raja Yoga is a systematic process of molding our character and life to the experience of Enlightenment. While anyone can practice the basic concepts of Yama and Niyama, the other limbs are best learned from a qualified teacher.

Even though these appear as different paths, there is really only one Yoga, one Union.

We may be drawn to one Path more than the others but they compliment each other. As the saying tells us “All roads lead to Rome”, so all Paths lead to Enlightenment. The Paths are like four different strands woven together to form the same rope, each one strengthened by the others. Choose whichever aspects of each path resonates with you and begin to incorporate them into your life. These days, most spiritual students follow a mix of these paths.

Look for Joy in your daily practice and let it guide you.

Thank you to Roger Gabriel for sharing this post. Original can be found here