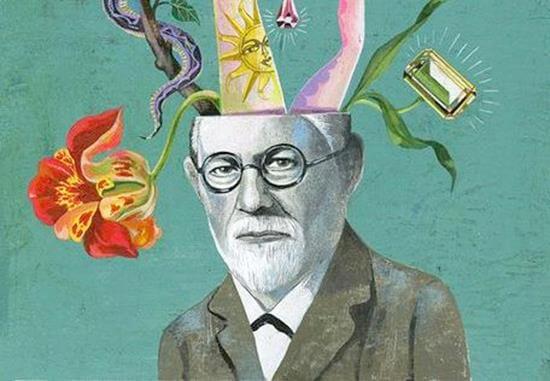 The legacy of famed psychoanalyst Sigmund Freud informs the lives of people throughout the world even to this day, though it’s a phenomenon to which most are unaware. The Century of the Self, written and produced by Adam Curtis, is an exhaustive examination of his theories on human desire, and how they’re applied to platforms such as advertising, consumerism and politics.

This four-hour odyssey is divided into four distinct segments.

Happiness Machines. The first episode concerns Edward Bernays, Freud’s nephew and one of the most influential pioneers in public relations. Appealing to what his uncle believed were the aggressive and prurient forces hidden inside of all mankind, Bernays manipulated these inner desires to promote group thinking – first in drumming up the patriotic support of U.S. citizens during World War I and later in the realm of advertising.

The Engineering of Consent. Perhaps the darkest illustration of Freud’s philosophy can be found in Nazi Germany during the Second World War. The film’s second segment recounts the efforts of Bernays and Freud’s daughter Anna, who collaborated alongside the American government to devise methods for suppressing the barbaric potential of the human mind. It was only through these activities, the government believed, that a harmonious democracy would be possible.

There is a Policeman Inside All of Our Heads, He Must Be Destroyed. Segment three takes place during a vastly different period of American history: the 1960s. As dissenters of Freud began to come to prominence, so too did a younger generation who were determined to fully embrace and flaunt their inner desires. Following on their lead, corporations and their advertisers morphed their message from one of conformity to a celebration of the individual. In so doing, they showed that the tenants of Freud’s theories could be successfully manipulated regardless of the temperature of the times.

Eight People Sipping Wine In Kettering. The final section takes us full throttle into the universe of politics. During the 1990s, in a desperate measure to regain the White House, the Democratic Party enlisted the assistance of Matthew Freud, a public relations expert and the great-grandson of Sigmund. With a determined reliance on focus groups, the party recalibrated their campaigns to fulfill the innermost desires of the American people. Shortly thereafter, Bill Clinton became the 42nd President of the United States.

Whether these tactics were employed for reasons of nobility or perversion is for viewers to decide. Regardless, The Century of the Self unlocks many essential human truths; chiefly, our vulnerability to influence and our need to be controlled.

Tagged: century of the self Edward Bernays freud