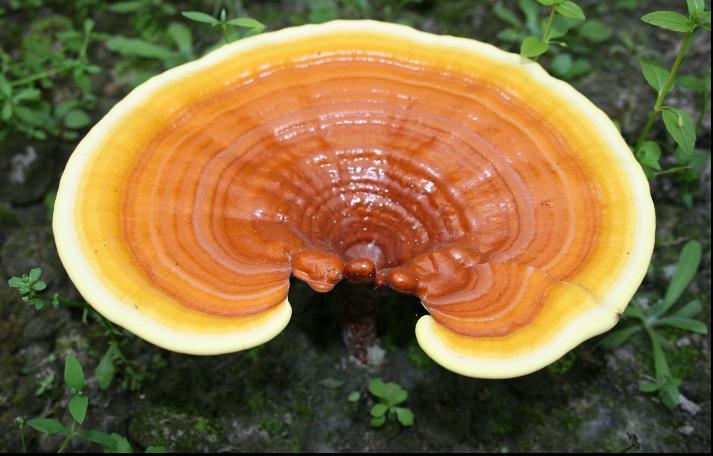 Mushrooms have been used throughout history for their taste and medicinal properties. Steph Reynolds discusses further.

They are used heavily in Traditional Chinese Medicine, with references to their use for improving chi – your life force – as well as many other ailments such as arthritis – dating back to 1578 in the Chinese Materia Medica.

The use of mushrooms was not restricted to Asia, references can be found in many other regions. In 1991, a 5000-year-old mummy found in the Alps buried with Piptoporus Betulinus (Birch Bracket Mushroom), which was believed to be used to help clear parasitic worms, as it had laxative effects. Today it is still used to boost the immune system, soothe nerves and eliminate fatigue.

To herald Medicinal Mushrooms as new is doing the humble mushroom a disservice, but superfood they certainly are. There are many different types of mushrooms each with its own specific benefits, so it can be difficult to know where to start and how to incorporate them into your diet.

EAT IT Mushrooms are a healthy addition to your plate, so start eating more of them. As well as being delicious, they are low in fat, have high amounts of protein and are a good source of many vitamins and minerals. The most widely recognised, the chestnut mushroom, for example, has anti-inflammatory and anti-fungal properties as well they are also recognised to slow the effects of osteoporosis. Get creative and incorporate some that may be less well known such as the oyster and enoki’s of the mushroom world. The key here is variation!

DRINK IT Chaga lattes have taken the world by storm as the healthy alternative to coffee. As a good source of B vitamins, it’ll give you the pick me up you might need, without the jitters of the caffeine. Chaga has anti-inflammatory, anti-microbial, anti-viral, anti-bacterial, anti-fungal, anti-candida and anti-parasitic properties, so you will be supporting your immune and digestive systems to defend your body from any nasties. Chaga is a rich source of Beta-glucans that can help to support the immune system, so is a good choice for anyone with autoimmune disorders, such as PCOS, arthritis or Lupus. Chaga has led the charge but other mushrooms are beginning to take the limelight with Reishi, Cordyceps and Lions’ Mane teas becoming more popular.

SUPPLEMENT Therapeutically if you’re using mushrooms for an ailment supplementation can be the most effective way to ingest large doses. If you’re looking to take a supplement there are a few things you should be looking at for:

Need more convincing on the benefits of mushrooms? Check out Paul Stamet’s Ted Talk on 6 ways Mushrooms can save the world:

This post was written by Steph Reynolds, Nutritional Therapist and creator of Liver Happy Life: