In 2021, Summer solstice falls on June 21st (3.32am GMT) in the northern hemisphere. Radiate and celebrate the energy of the Sun and life at its fullest on Earth.

The Sun – our closest star – is the giver of energy and the giver of life; worshiped as a God in many ancient traditions, including Egyptians, Aztecs, Mayans and Native Americans. On summer solstice – or midsummer – it is a point when the days are longest, and the energy on earth is higher. It is a time of abundance, fertility and celebration to honour the light and earth’s magic.

What actually is the summer solstice? From wikipedia: “The summer solstice occurs when the tilt of a planet’s semi-axis, in either the northern or the southern hemisphere, is most inclined toward the star (Sun) that it orbits. Earth’s maximum axial tilt toward the sun is 23° 26′. This happens twice each year, at which times the Sun reaches its highest position in the sky as seen from the north or the south pole.”

Most cultures refer to the Sun as the masculine force, while the Moon is the feminine force, working together in polarities (although in Iceland, the Sun is considered feminine (a list of solar deities can be found here).

At this time, if we listen and feel with an open heart, we can use the energies with intention and gratitude. This is a time to not only feel gratitude for the Sun, but to also feel gratitude for the earth that supports us, heals us and nourishes us; she is fully alive with the power of the Sun’s energy. We celebrate this gift of life and notice how we are at our highest energy wise. If your energy feels low or confused for some reason, maybe use this time to figure out where you have been giving out too much, so you can bring it back into focus. Do things that you love and connected to the earth to recharge your power. 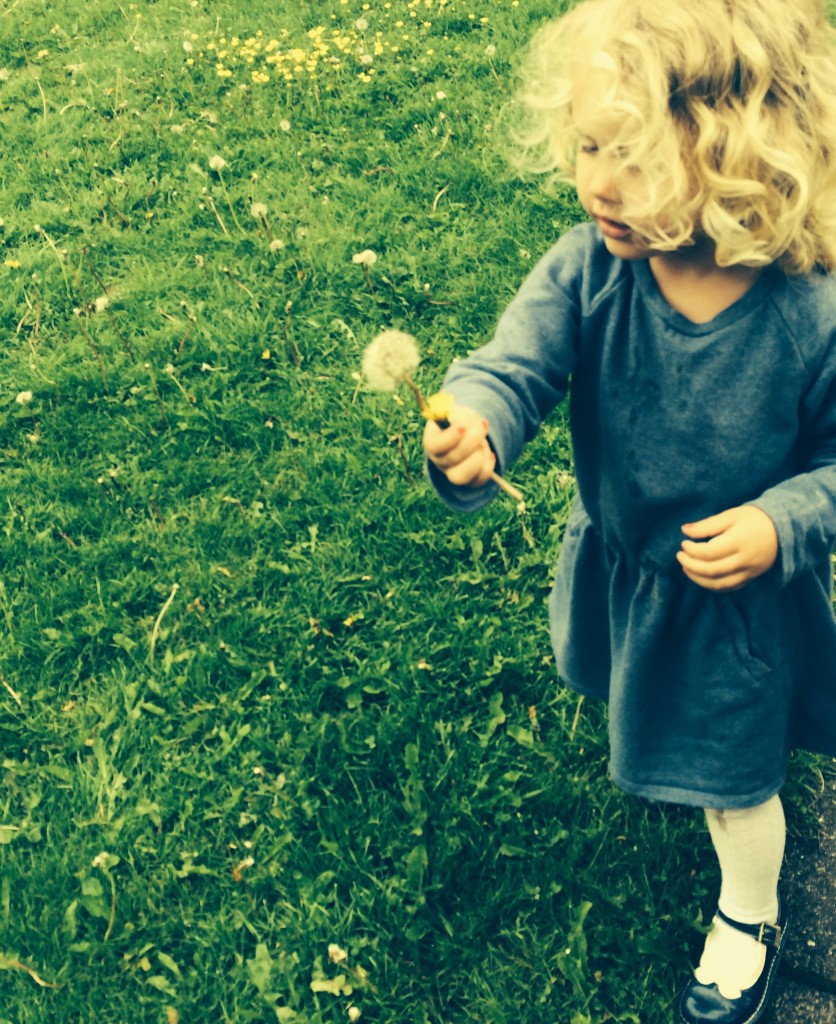 Even if it is a cloudy day, light a candle as reminder of the Sun’s gift of light. As the Sun eventually sets (or doesn’t if you are in a Nordic lands), you can make a bonfire, put some flowers in your hair, and celebrate and connect around it. Fire is the earth’s representation and our direct connection to the light of the Sun.

A Solstice meditation from the Earth Magic oracle card deck: 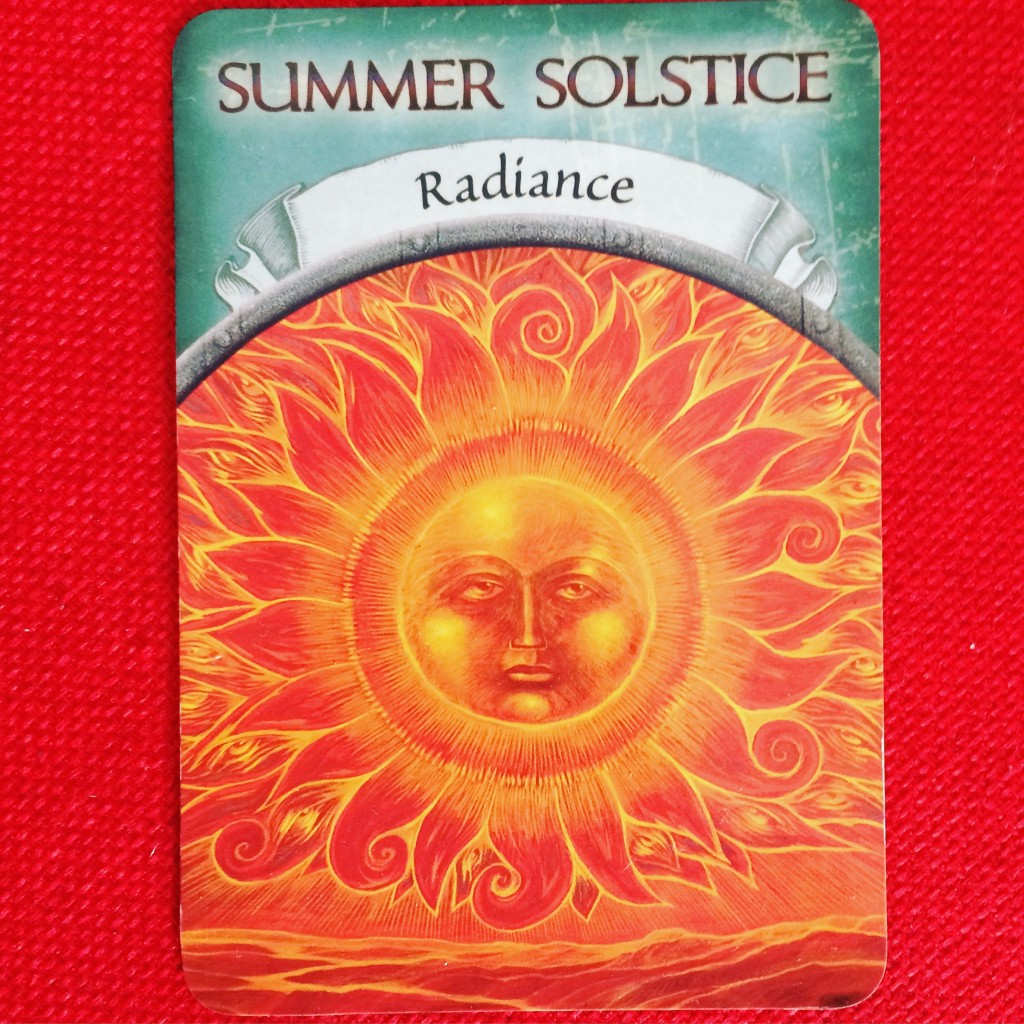 The word solstice originates from the Latin word solstitium, which means “stationary or stopped (stiti-) sun (sol).” This is because twice during the solar year the Sun appears to rise and set in the same place for several days. It seems to be taking a much-needed rest before making the next circuit across the sky from one solstice to the next – its ceaseless, predictable certainty having existed since before the time of our ancestors. There are stories in many cultures that personify the Sun as a deity, either male or female, often riding the Sun across the sky in a boat or chariot. With summer solstice comes the culmination of the Sun’s travels that have led to the longest days of the year. The light is now at its fullest and has provided its own brand of nourishment to the land and all of its inhabitants. Celebrations and ceremonies abound. Passion and playfulness are themes. We feel an innate desire to be outdoors in the natural world and reap the benefits of the longest days of the year. We instinctually seek the light, and during this cycle, there is an abundance of it.

Let the radiance of the Sun inspire your inner radiance to shine forth. Release your concerns about what may happen in the future, and focus on appreciating everything you have that is good and right. Allow Father Sun to take away your worries and cares. Do something physically active to stimulate your inner light. Dance. Sing. But most important, get outdoors. Do not let any negative thoughts or habits stop you.

When you are in love with Life, you naturally radiate that love. During this part of your cycle, your capacity to love is greatly amplified. In one of those supreme ironies of Life, the more love you give, the more returns to you. It starts by allowing the radiant Being you truly are to be expressed into the world. Smile a little more. Notice the beauty of Nature. See the humour in the paradoxes of Life. Show your love, especially to those with whom you are closest. Then smile even more, and watch how the world around lights up!

Some good ways to celebrate summer solstice:
Get in  nature – connect with and enjoy
Dance and sing with music to celebrate
Light a candle
Make a bonfire (make sure you are safe with it!)
Collect some flowers and wear them in your hair